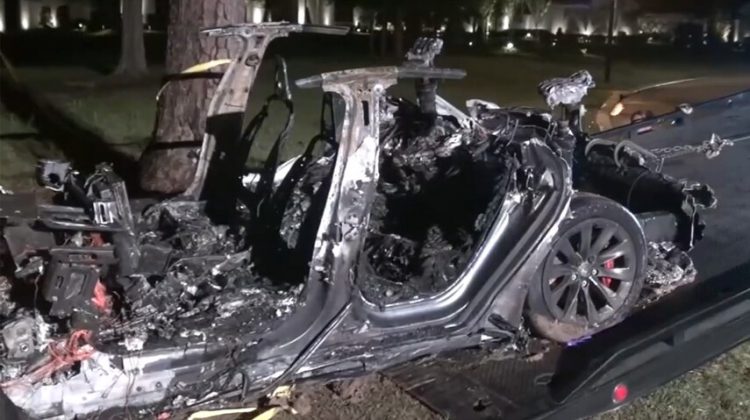 News Flash: There Are No Self-Driving Cars on Sale Today

You don’t own an autonomous vehicle, no matter what the marketing implies.

A public service announcement: There are no self-driving cars for sale-anywhere-today. You don’t own a self-driving car, no one you know does, and anyone who tells you differently is wrong. And dangerous.

This seems like something car fans should already know; it’s something MotorTrend has reiterated in our stories. However, it’s become abundantly, disturbingly clear the message isn’t reaching an increasing number of people. So, I’ll say it louder: You cannot buy a self-driving car. They don’t exist outside of the tech companies trying to develop them, and they likely won’t exist in public for many more years.

What exists today is a collection of technologies called Advanced Driver Assistance SSystems (ADAS), which can handle basic driving tasks for short periods of time in specific, ideal conditions. ADAS must be monitored at all times, and the car’s driver must be alert, undistracted, and prepared to take control at any moment. The best ADAS available today allow drivers to take their hands off the wheel but not their eyes off the road.

These systems fall under the Society of Automotive Engineers’ (SAE) classification system as SAE Level 2. That’s level two out of five. What you think of as real self-driving or autonomous driving, where a car pilots itself anywhere at any time in any conditions, is Level 5. Sorry, but we’re a long, long way from Level 5.

Even Level 4 is a long way off. It’s what companies like Waymo (Google) and Cruise (GM) are working on, and although those vehicles will be able to drive themselves on a nice day, they won’t be able to do so in all conditions. Bad weather is incredibly difficult for computers to deal with as both the roadway and the sensors that read it become obscured. People can, generally, figure out how to drive down a road covered in snow or mud without being able to see lane lines or the road’s edges. We can see through rain and snow, even if we have to slow to a crawl to do it safely. Teaching a computer to do either is proving incredibly difficult.

What about Level 3? Glad you asked. Many automakers consider it to be so dangerous, they plan to skip it entirely. Level 3 means a car can drive itself completely in good conditions, but the driver still has to pay attention and be ready to take over at any time. Problem is, study after study shows humans are absolutely terrible at this kind of multitasking and refocusing.

In a matter of minutes, people become complacent and overconfident in the computer. Their minds wander. They daydream, check their phone, play with the radio, dig through a bag or bin, fall asleep, or do any number of things other than sit and stare at the road, ready to resume driving themselves. Worse, those studies also show human reaction times become dangerously long when the car stops driving itself and tells them to take command. We need much longer than normal to process what the car tells us, read the environment, read the situation, and react. That kind of delay is almost a guaranteed disaster, and it’s potentially fatal.

In fact, it’s already happening with these advanced Level 2 systems. A number of high-profile crashes involving Teslas, several of them deadly, have been linked conclusively to distracted drivers who thought their cars could drive themselves. Wannabe influencers are posting pictures and videos of themselves playing on their phones, pretending to sleep, or even climbing out of the driver’s seat of a moving car running Level 2 tech. Some idiot rich kid in California keeps getting arrested for riding in his Tesla’s back seat because he moronically believes the car can drive itself. It won’t happen just in Teslas for long, either, as more brands bring this technology to market.

Much of this confusion lies at the feet of poor communication. Poorly named and marketed Level 2 systems have, intentionally or not, given many people the impression their cars are far more advanced and capable than they are. Adding easily defeated attention-monitoring systems and a fine-print disclaimer on the screen hardly makes up for a CEO going on TV news and letting the car attempt to drive itself while he takes his hands off the wheel and his eyes off the road speaking to the reporter next to him. Neither does a one-line disclaimer halfway down the driver assistance section of your corporate webpage.

The industry has known this for decades. As William F. Sherman, then technical director of the Automobile Manufacturers Association, was quoted in 1961, “We’ve long since given up on the idea that the motorist will read the owner’s manual.”

If you won’t read the owner’s manual, or the warning/agreement on your car’s screen, or the manufacturer’s website, then read this one more time: You do not own a self-driving car. There are no self-driving cars for sale today. Keep your eyes on the road at all times. And spread the word.